Due to being severely bullied in elementary, to the point of crying myself to sleep almost every night, I published a book and began speaking out against bullying. Four months later tragedy struck...

My nephew, Charlie Keegan Stroud, passed away on March 21, 2015, from huffing. He was a fun-loving 14-year-old, on the honor roll, and a star athlete on the football field. His goal was to play football for the LSU Tigers and one day star in the NFL. A classmate stole a can of keyboard air duster from a teacher's desk and inhaled it in front of Charlie and the other classmates. He told them it had the same effect as sucking helium from a balloon. Charlie tried it at home and he died next to his best friend minutes later.

Due to the devastation of losing my nephew, SAVE LIV35 Foundation was formed in his honor with a mission to inspire others and encourage new beginnings through Faith, Hope & Love. Charlie was issued his high school football jersey number 35 weeks before he died. He never got to wear the #35 jersey he was so proud of and by including the number 35 in SAVE LIV35 it’s my way of wearing it in his honor. Since his death, I’ve devoted all my energy to spreading awareness and speaking in schools, camps, churches, seminars, shelters, etc. in hopes of saving a child's life. There is no greater pain than a family having to bury their child, and I will do everything in my power to try and prevent another family from having to bear the burden of loss because their child was unaware of the dangers of inhalants or other drugs. I hold on to Jeremiah 29:11. It was the last scripture I taught my nephew the week before he died. "For I know the plans I have for you, declares the Lord, plans to prosper you and not to harm you, plans to give you hope and a future."

I encourage you to explore our initiatives on this site and consider joining our team through prayer and financial support. TOGETHER we will SAVE LIV35!

100% of your tax deductible donation will fund the SAVE LIV35 initiatives. 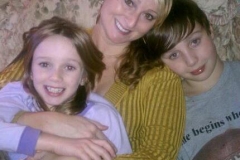 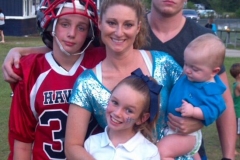 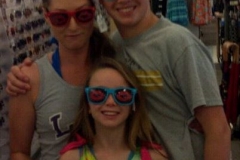 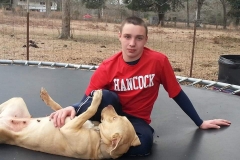 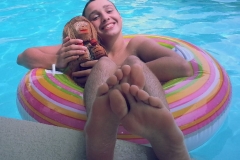